Actuaries Around the World, international, interview

Actuaries Around the World: Israel

This month, ACTEX continues our series of interviews with actuaries from around the world with an interview from Yair Babad, who splits his time between Israel and California, to learn more about the actuarial profession in Israel. 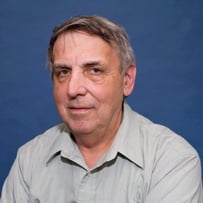 Yair is a full Member of the Israeli Actuarial Association, U.S. CPA, and a Full Professor Emeritus of University of Illinois, Chicago (emeritus since September 2008). Born in Israel, he received a BSc in Mathematics and MA in Actuarial Studies from Hebrew University and was a Pension Fund and Life Insurance Actuary for four years. In 1977, he joined Arthur Andersen & Company as Senior Software Development Manager. From 1981-2008, he was MIS Professor, Founder/Head of MIS Research Center, Department Head and Associate Dean at the College of Business of University of Illinois Chicago, continuing since as Emeritus Professor. Currently, he is a Health Actuary for an Israeli HMO, consulting actuary to Israeli corporations and the Israeli Commissioner of Insurance, the Treasurer/Secretary of the International Actuarial Association Health Section and an Associate Editor of International Actuarial Association's ASTIN Bulletin

ACTEX Learning (AL): How many practicing actuaries do you have?
Yair Babad (YB): About 370 of which 150 are full members, and the remainder are students.

AL: What is the word for actuary in your local language?
YB: Aktuar / Actuar – deriving from the German word aktuar, since the first actuaries in Israel had trained in Germany.

AL: What is your favorite part about being an actuary?
YB: What I love the most is high-level corporate-wide work. So many actuaries are an expert in one small area – reserving, pricing, etc, and may not be trained in communications, business management and legal affairs. People who can use actuarial knowledge at high echelons of companies can see the risk, assess the risk and can connect it with marketing and other company functions. These types of individuals are hard to find.

AL: Can you share an interesting anecdote from your career?
YB: Many different stories come to mind. One time I developed a portfolio management system for an Israeli insurance company. I was working with a 72-hour deadline, and only made it on time to my flight thanks to a special last-minute taxi.

One interesting political issue came up in Israel. Like many developed countries, we wanted to raise the social security retirement age. For men, it was clear that it would go from 65 to 67, but for women, who at the time could retire at age 60, it was a more complex political issue. In the West the ages were generally the same, however, in Israel the issue was, should we raise the age to 62, 64, 65 or 67? There were many arguments back and forth representing different viewpoints, and it wasn’t an easy thing to resolve. However, the actuarial implications of women living longer than men did not enter into the political discussion, but should have, as it greatly affected the financial equation.

AL: What are some of the main challenges and projects for your association over the next 5-10 years?
YB: We have very interesting and challenging years ahead. Two major issues that are affecting insurance business worldwide and Israel in particular are the issue of savings and pensions and health and long-term care insurance.

Israel is unique – for many years, Israel had union benefits which were defined benefit, and based on the last 3 years’ average salary, and received COLA (Cost Of Living Adjustments). This started in early 1950s. The government didn’t want to set aside too much money, so decided to pay this from the general fund. But now, 60 years later, the liabilities for the government benefits are billions of dollars, and no one knows how to resolve this issue. There is a push to move to Defined Contribution, but this leads to a Generation A and B and intergenerational tension.

A second big issue, in 1969, the National Health Service (NHS) started with 4 HMOs that had been nationalized, but slowly the government has begun reducing payments to the HMOs, which are now very much in debt. At the same time, they have started to offer supplementary options, such as semi-private rooms. There is now a basic NHS, with supplementary and private health insurance, so it is now no longer an equal arrangement for all, which is not how the service was originally envisioned. There is a similar issue with Long Term Care where 60% of individuals are covered by group Long Term Care polices administered by the government, and the costs are no longer sustainable.

AL: Who are the main employers of actuaries?
YB: Most are insurance companies. There are approximately 20, five of which are very large. A few actuaries work in social security, the insurance commissioner, consulting firms, HMOs, and some are independent.

AL: Do the schools in your country have actuarial majors, minors, concentrations or do students study on their own or overseas?
YB: There are two universities – Haifa University and Me chon Magid (the Magid Insitute) at Hebrew University which prepare actuarial students in all areas of actuarial science and insurance.

AL: What is the credentialing procedure like for an actuary in your country?
YB: Every Israeli full actuary must pass the UK (Institute and Faculty of Actuaries) exams, so there is a joint agreement between the Israeli association and the IFoA where the exams are graded locally. There was also an agreement signed four years ago regarding the CERA, so that credential is available locally as well.

The association in Israel just celebrated its 70th anniversary in June. It started in 1946 with a group of German Jewish actuaries who came to the country before the war. In 1966, they decided that there weren’t enough actuaries, so some faculty were brought in from the University of Michigan and 20-25 actuaries received a Master’s degree from the University of Michigan and were later grandfathered in to the association as full members. In the 1980s and 1990s something similar happened, and then Haifa University began training actuaries. However, during this time period, if an actuary came to the country with a Fellowship from the SOA, CAS or several other national associations, they were also recognized as full members.

AL: Do employers support the cost and time of exam preparation?
YB: Generally, yes, but there may not be as formal of a program as is common in North America.

AL: Are there any noteworthy non-traditional actuarial positions?
YB: Not really. It’s too small of a market to get into this area yet.

AL: Do you have any non-actuarial hobbies?
YB: I love listening to music, especially older music, photography, reading, problem-solving, hiking, travelling, and writing actuarial papers and research. That is a hobby too, because I like it. Last, but not least, spending time with family and friends, which is the basis of everything

AL: Is there anything else you would like to add?
YB: I’m working with the health practice insurance committee of the academy and am discussing telemedicine and how it will change the framework of the insurance business, the healthcare business and its actuarial framework. Twenty to thirty years from now, it will be completely different world. Most actuaries don’t think about this or pay attention to it. We are falling behind the times and are not leading the future, but are following from behind. This is something that needs to change in the actuarial profession.

AL: If anyone has additional questions, feel free to reach out to Yair at his e-mail: ybabad@ybmconsult.com.